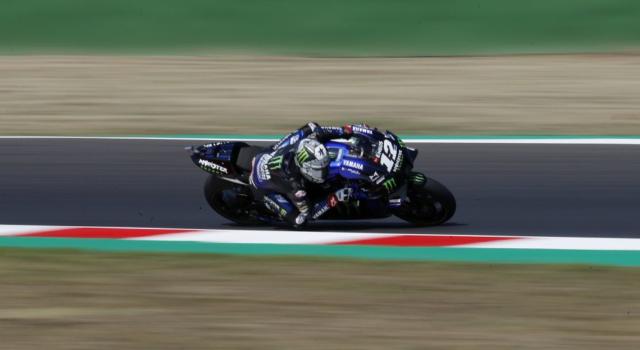 Thank you for following the race with us. Keep following OA Sport for more stories, news, videos, analysis and updates. Enjoy the rest of your day, until next weekend for the second round from Misano.

14.52 Quartararo missed a great chance with 0 points gained today. Viñales was amazing in the qualifying but he only finished in P6. No one wants to win the world title this year.

14.51 Valentino Rossi lost the podium at the last turn, a pity for the Doctor. He fought with all himself to defend his positions, but Mir had it more.

14.50 Andrea Dovizioso is in the lead of the championships. However, he could not think about winning the season if he continues the performances similar to today.

14.48 First podium in his career in MotoGP for Francesco Bagnaia. The Italian future is finally showing its value.

14.47 First win in his career for Franco Morbidelli who dominated from the first to the last lap.

14.45 Here is the updated standings of the championships of this crazy season:

Mir overtakes Rossi who is now in P4.

LAST LAP! Rins makes a mistake and Mir overtakes him.

-2 At the moment, the podium would be entirely Italian for what it is a home race for them. They need to resist…

-3 Morbidelli needs to keep his focus, he has 3 seconds advantages on Bagnaia, Rossi, Rins and Mir who are all fighting for the second positions.

-3 Bagnaia did not manage to create a big gap and Rossi is now closing the gap with him. This is all experience for Rossi.

-4 Rossi is giving it all to defend his position and take the podium. Rins and Mir are faster but cannot complete the overtake yet.

-5 Franco Morbidelli is still in the lead with 2.8 advantage on Bagnaia. The Italians are on fire today! Rossi is defending his position from Suzuki… it is still a long race for him.

-5 Mir is closing on Rossi and Rins. Viñales overtakes Miller and takes P6.

-6 Rins attacks Rossi who at the moment defends his position. The anterior tyre seems to be very consumed.

-6 Bagnaia and Rins have it more than Rossi in this phase.

-7 BAGNAIA!! He overtakes Rossi and takes P2. Rossi his struggling with the anterior tyre.

-7 Viñales suddenly wakes up and starts closing on Miller.

-8 BAGNAIA attacks Rins and takes P3. WHAT A RACE FOR HIM!

-8 Morbidelli in the lead with 2″2  advantage on Rossi, Rins and Bagnaia. Dovizioso can’t do much more.

-9 Bagnaia is very close to Rins. Rossi, Rins and Bagnaia are all together fighting for P2.

-10 Morbidelli has 2 seconds advantage on Rossi who now needs to defend his positions from Rins and Bagnaia. The Doctor has a long way. Viñales is in P7, the official Yamaha seems to be struggling with tyre management.

-11 Rins and Bagnaia are less than a second away from Rossi. It is still long for the Doctor…

-12 Dovizioso is in P8 and is 0.7 behind Viñales in P7. It does not seem that Dovizioso can do much more than this today.

-12 Valentino Rossi is struggling with the tyres now. He is 1.6 seconds behind Morbidelli while Rins and Bagnaia are closing the gap with him.

-13 Morbidelli in the leas with 1″1 advantage on Rossi and 2″6 on Rins. FOllow in order, Bagnaia, Miller and Mir.

-14 Bagnaia does not waste time and immediately overtakes Miller. Now he is in P4. Unbelievable performance for him who just came back after 5 weeks off due to an injury to his leg.

-15 Rins is closing on Miller. We told you, let’s keep an eye on Suzuki in the second half of the race.

-15 Rins and Bagnaia, respectively in P4 and P5, are the fastest on track the moment.

-16 Rossi now has to be careful with Miller who is getting closer.

-17 Dovizioso is going ok at the moment. He is 0.8 behind Viñales, who in the meantime lost his position to MIr as well.

-17 Morbidelli is pushing and trying to go away from the group but Rossi does not give up.

-18 BAGNAIAAAA! UNBELIEVABLE!!! He overtakes Viñales on the straight and takes P5. He is coming back.

-18 BAGNAIAAAA!!! Mir makes a mistake and Bagnaia overtakes him. Now he is in P6.

-19 Rins overtakes Viñales and takes P4. Dovizioso is in P8, and at the moment, he is the leader in the championship.

-20 UNBELIEVABLE! QUARTARARO CRUSHES! Now everything changes for the fight for the world title.

-21 QUARTARARO OVERTAKES VINALES! He is coming back…

-21 It is crucial the tyre management to try to be performant in the last 10 laps.

-22 Valentino Rossi realised that Morbidelli’s pace is good and does not seem he wants to overtake him just yet.

-23 Morbidelli, Rossi and Miller are driving at the same speed. Viñales is 0.6 behind the third position, and with him, there is also Quartararo.

-24 Dovizioso is still struggling and is still in P9.

-24 Rossi is very close to Morbidelli but can’t find the right moment to overtake him.

-25 Rossi has two media tyres, hard-medium for Morbidelli and Quartararo, and medium-soft for Miller. Viñales, who is struggling at the moment, has medium-hard.

-25 Morbidelli and Rossi are the fastest on track. 1’33″3 for both of them. Quartararo and Viñales are 0.4 slower than them.

-26 Viñales seems to be creating a bigger gap between the top three and the rest of the group.

-26 Morbidelli in the lead ahead of Rossi, Miller, Viñales, Quartararo and Rins.

-27 Rossi is trying to attack Morbidelli, but not successfully yet.

-27 Laps Morbidelli and Rossi get an incredible start and are now in P1 and P2 respectively.  Awful start for Quartararo.

13.55 Valentino Rossi finds his supporter again. There are 10 thousand people at the track to see the race.

The socially distanced crowd are making plenty of noise! 👏

13.51 Both Suzuki with Rins and Mir might be able to have a good pace in the second half of the race.

13.49 The choice of tyres is crucial. It seems that Dovizioso will choose a soft on the back as he has to come back from P9.

13.47 The favourites seem to be Viñales and Quartararo, with Morbidelli who has his say. Valentino Rossi will try to be in the fight for the podium as well. It is hard to think that a bike different than Yamaha will win today, but you never know. Let’s keep an eye on Suzuki.

13.45 There will 27 laps to decide the winner of the first of the two San Marino GP.

Good afternoon and welcome to the LIVE coverage of the San Marino GP 2020, the sixth round of the MotoGP 2020. On the Misano track, named after Marco Simoncelli, we expect to see an uncertain race, although Yamaha seems to have it more than the other teams.

Maverick Viñales will start from the pole position chasing his first win of the season, next to him there are other two Yamaha: Franco Morbidelli (P2) dreams his first success in his career. Fabio Quartararo (P3) is the leader of the championship at the moment and is looking to increase his gap with the other riders. Valentino Rossi should not be taken out of consideration: the “Doctor” will start from P4, but he has the pace to aim at the podium and, why not, try to win.

The four Yamaha are the favourite for the race, but Alex Rins and Joan Mir in Suzuki have performed well. It will be a hard race for Andrea Dovizioso; the main goal for Ducati seems to get into the top five today. Pol Espargarò with his KTM has been performing well on track although, he crushed twice already during the weekend. If he wants to get a more prestigious result, he clearly needs to limit the mistakes to the minimum.

OA Sport offers the LIVE updates of the San Marino GP, the sixth race of MotoGP 2020: real-time and lap by lap updates not to miss any action from Misano. The race starts at 14.00. Enjoy! 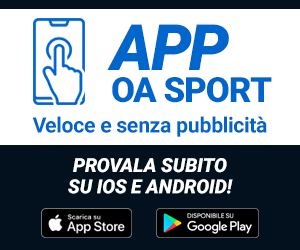 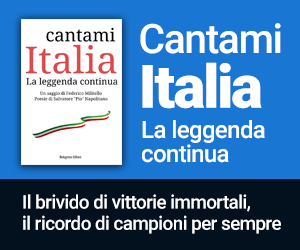